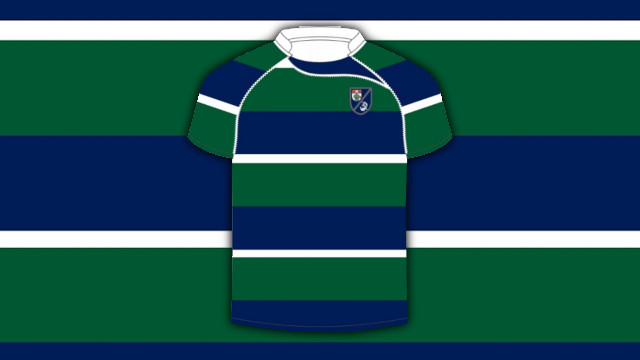 We at GHK are shocked and saddened to learn of the death of former player, Dr Alan (AJ) McLintic in New Zealand. AJ was a hugely popular and charismatic GHK player from 1983-1994 as he joined us after graduating from Glasgow University and played until he headed to New Zealand. Many of us will have our own very fond memories of AJ, as a talented rugby player and great team mate on the pitch and an enormously engaging and entertaining presence off it. His wit, including his brilliant delivery of Chic Murray anecdotes in the most deadpan of styles was the stuff of legend with the prospect of hearing AJ in full flow whether casually – often in the bar – or, even better, as an after dinner speaker always being keenly anticipated and never less than hugely entertaining.

He would undoubtedly have played many more 1st XV games at most other Scottish clubs but found himself competing against the likes of Eric Cuthill, Gordon McClymont and Ewan McCorkindale for the scrum-half berth at GHK. AJ stayed loyal to the club contributing enthusiastically and easily earning two of the most prized of club accolades – a great tourist and a ‘coper’ .

Thanks to his close friend and fellow former GHK player, and current President of Glasgow University Men’s Rugby Club, Allan Mackintosh, for permission to reproduce below this notice from Facebook.

It is with great sadness that I have to report the sad and indeed tragic loss of one of the great stalwarts of the Men’s Rugby Club at the University of Glasgow. We have just learned that Dr Alan J McLintic (GURFC 1976 – 81) passed away peacefully in his sleep a couple of nights ago at his house in Mission Bay, Auckland, New Zealand.Alan (affectionately know as AJ) was a product of Dollar Academy and quickly became a well liked and respected member of the GURFC playing regularly in the 1st XV squad in his later study years and becoming Chairman (today’s Club Captain) in season 1980-81. AJ will be remembered for his fantastic sense of humour, his positive attitude and having a real zest for life. Up until his final days he was still taking part in triathlons and other outdoor pursuits and this at the age of 62. He had made New Zealand his home but his heart was still in Scotland and he loved Glasgow and its people in particular only recently flying back to attend the GURFC 150 celebrations. In his own words he had ‘ a ball of time’ and he thoroughly enjoyed revisiting some of our old haunts in Byres Road / Dumbarton Road. I saw him off at Glasgow Airport proudly wearing his GURFC 150 polo and ‘Bobble Hat’. He was a GURFC man through and through. AJ touched the hearts of many many people both within the rugby family and his work community both here in Scotland and in New Zealand. He will be remembered fondly by many many people. He is survived by his sister Anne and our thoughts are with her at this sad time. Rest in peace AJ – your legacy will live on.

There can be no better way to conclude this small tribute than to enjoy AJ’s own words from a typically highly amusing and insightful article he very kindly penned a couple of years ago for inclusion in our match day programme.

Beginnings and endings across hemispheres

The debut against a first division team.

I already had a handful of first XV appearances at GHK but I had finally made it. There it was in the Herald, my name listed at scrumhalf for a midweek game against a first division side, Kilmarnock. ‘McLintic, I’m impressed!’ said my consultant on the ward-round that morning. I muttered some platitude but I was somewhat distracted by the hail hammering into the windows of the Royal Infirmary.  It hadn’t improved much as we ran out under the lights on a cold December evening at Bellsland. The rain howled across the pitch. Downwind, Eric Cuthill flailed at my passes as they hurtled towards a startled Ewan Cameron at outside centre. Upwind, the ball reversed direction mid-flight and it was a toss-up who should retrieve it under the rampaging Killie pack. I really struggled but Eric didn’t complain once. We trudged off after 80 minutes of cold, wet pain. I felt humiliated, yet there was no finger-pointing in the changing room, not even from the pale and shell-shocked Eric.

The coach was doing the rounds of the changing room offering feedback. I was the last. I’m still not sure if he was grinning or wincing but he was clearly searching for the right words. He had just witnessed the apprentice plate-spinner fail catastrophically on a very public stage. “AJ… AJ  …. you should have run the ball not passed it!” and, with a broad terminal wink, he wandered off.  There would be certain symmetry to this twenty years later.

The last game of rugby

My last game of rugby proved to be for Auckland University Presidents against Suburbs. My teammates were accomplished, having variously represented Auckland, Otago and Tonga.  Presidents’ rugby was fun, pedigrees were forgotten, it was a sunny morning and no one had anything to prove. It was soon clear that Suburbs were not interested in furthering this sporting idyll. Early on our winger was spun backwards in full flight from a forearm to the face. His nose exploded in a fountain of blood and gristle. Suburbs’ tackles continued high and late and the only use of arms was to stifle the cackles after. ‘Ill-mannered use of the boot’ awaited anyone exposed in a ruck.

On the stroke of half time I opted to run wide and fired a miss-pass to the wing. The tackle that broke my ribs was late, very late. I crumpled to the ground on the halfway spot.  My teammates took one slow look at me, one slow look at the ref and strolled off to the sheds with the parting remark “We won’t be back for the second half”.  I felt like David Tomlinson in the ‘Bed Knobs and Broomsticks’ football match. Abandoned, under the gathering shadows of fifteen hostile and highly dissatisfied Suburbs players. But ‘rugby-ness’ prevailed. They helped me up and walked me back to the sheds. ‘Well played, bro!’ they said. That was my final appraisal in rugby and it meant a great deal.

And what of my mates in the changing shed? They’d already opened a few beers and were oblivious to my return. That is except my standoff who signed off my rugby career with a grinning wink and “AJ, you should have passed it, not run it”.

The meaning of it all.

After Killie, I continued to have many fine years at GHK and the memories are vivid. Playing with people of the calibre of Eric, Ewan and Hoggy, of the wit of Gourley, Waddell and Doc Docherty, of the sheer friendliness of Woody, Thow and Scotty Inglis, of the ‘Jamie-ness’ of Jamie Stewart, of the comic Marxism of Kenny Hamilton, of being forearmed smashed by Gordy McClymont, of the mischief of Gonzo, Al MacKintosh and the Ritchie brothers and of stitching Shade Munro’s forehead with an extremely dodgy suture kit. Believe me, when you are around these people week-in-week-out in Glasgow you may not appreciate what you’ve got there. When you are on the other side of the world, the memories are well treasured.

I may have stopped playing, but there is a solid seam that still connects me to a fraternity born of 50 years of rugby.  The humour that emerges from shared adversity on the rugby pitch is long lasting and it’s the same in both hemispheres. I stopped one our surgeons in the corridor the other day. He had been an Otago second row and had played in the Suburbs game. I told him I was writing this piece about the game. His face slowly contorted with the memory, then he started giggling and then howling with laughter.  I left him doubled up in the corridor surrounded by his puzzled registrar entourage. It’s a funny old game. It’s a great game.

Return to Rugby for GHK Juniors

GHK Rise to Their Everest Challenge

© All rights reserved. Theme by AZEXO