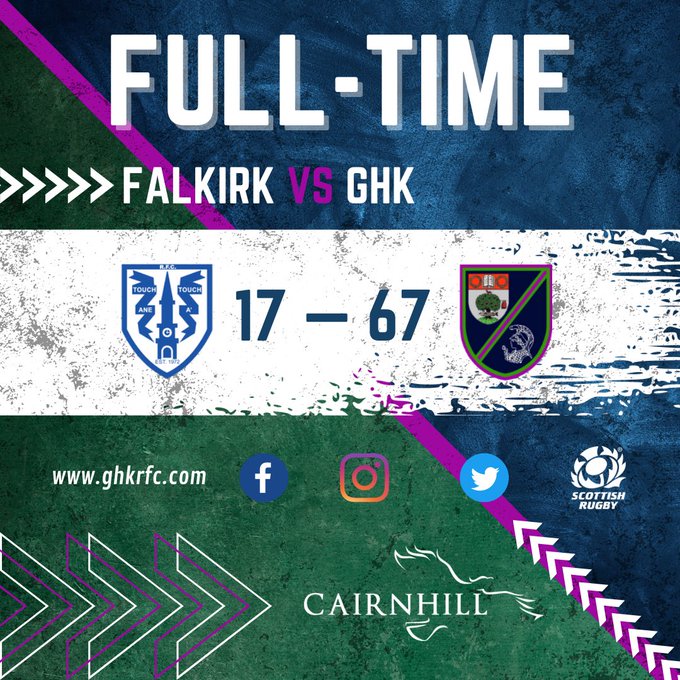 The scene was well set at Horne Park for some open, running rugby: the sun was intermittently breaking through; there was only a slight breeze; the pitch was in great condition; and both teams could relax – Falkirk in the knowledge that they had secured a comfortable mid-table position and GHK having done the hard work in previous weeks that had secured the National Two league title.

Both sides had been forced into making several changes from the previous week with Falkirk adding Super Six call ups to the usual list of injuries and unavailability that affects clubs week in, week out.

As we had been reminded in their entertaining programme notes, Falkirk had led GHK in the reverse fixture with ten minutes remaining before eventually succumbing 44-32 which added to the expectation of another high scoring encounter.

GHK retained only two of the previous week’s back division with captain Ben Frame enjoying his run of games after his early season injury and Danny Campbell switching from full back to take the reins at 10.  With Danny there you knew there wouldn’t be much kicking – and after an early effort that didn’t exactly go to plan – that aspect was duly left alone for the reminder of the game.

The GHK forward pack was bolstered by the return of lineout specialist Hugh Parker, although half of last week’s eight were also unavailable.

The match turned out to live up to these high expectations with both sides running at every opportunity and GHK showing some real pace, endeavour and no little skill in scoring no fewer than eleven tries.

The first of these came just 3 minutes into the game with captain Frame feeding winger Jack Somerville who was able to squeeze over in the corner.

GHK’s lineout, with Parker prominent as ever, was to prove a very useful source of possession and territory throughout and it was a lengthy drive from a lineout into the Falkirk 22 that led to the first of what was to be a superb Danny Campbell hat-trick as the GHK stand-off used his searing acceleration to outstrip the home defence, adding the extras himself for 0-12 after 15 minutes.

The line out again proved fruitful for the visitors as Mark Preston crashed over for the third try of the day with a quarter of the game played.

As is usually the case all nineteen players in the GHK  in the squad played their part, with an early blow to the nose of Lewis Brock forcing the second row off the park and may herald at least a pause to his promising modelling career!

By now GHK were putting together some really neat passages of play with quick hands in the backs causing gaps to appear in the home defence and it was no surprise when full back Ali Oivier, who has responded positively to every opportunity he’s had in the 1st XV this season, sped over for the bonus point try.

If that was a team effort, the next was all about Danny Campbell as he set off on one of his mesmeric mazy runs leaving defenders in his wake to go under the posts for 0-29. Two conversions out of five – both of his own tries. Some might detect a pattern!

It was left to captain Ben Frame to score the final try of the half with a cheeky dummy and lunge to bring the score at half-time to Falkirk 0 GHK 36. This time Danny Campbell did convert someone else’s try!

GHK started the second period just as purposefully as they had the first with Hugh Parker scything through to make it 43-0 within a couple of minutes of the restart. It wasn’t too long before Angus North added his name to the list of scorers with a strong run to go over with the conversion bringing up the half century of points.

Falkirk then had their best spell of the match with first a drive over from close range and then, with a penalty advantage, throwing the ball wide to add a second in quick succession to bring the score to 10-50.

Parker quickly claimed his second of the day to demonstrate that GHK had not eased off and this was quickly followed by that man Campbell setting off on another dazzling run again leaving defenders clutching at where he had been only a second previously to complete a well-deserved triple.

GHK’s scoring was completed when Tommy Spinks, who had been prominent throughout with his strong running matched by clever link play, bursting through for 10-67.

The home side had the last word with a converted try of their own to bring the final score in an entertaning encounter to Falkirk 17 GHK 67.

There was no doubt that Falkirk had been more heavily affected by the changes in personnel than GHK, with several of the visiting team throwing their hats in the ring for next Saturday’s enticing derby match when there will undoubtedly be severe competition for places.

Many thanks to Falkirk vice president Mark Crawford and his committee for the warm hospitality, excellent lunch and a chance to taste the Slopemeister OMG IPA!  Great to see the clubhouse looking in fine fettle and to hear of the club’s exciting development plans. All the best with these.

As stated, all 19 of the GHK squad contributed to the win. It was great to see centre Mike Hill make such a fine contribution on his 1st XV debut. Mike fitted in well beside Gus North, in a back division that looked sharp throughout and who, individually and collectively, posed a constant threat. Ben Frame mixed things up well. Danny Campbell found time and space as only he can and the back three of Gavin McKirdy,  Jack Sommerville and Ali Olivier all had good moments in attack and were sound in defence.

Keiron Boles’ comeback continues in the front row with Glen Sutherland and Ryan Moore sharing the propping duties with Keiron and Feargus Haston being his usual hugely reliable self at hooker. Mark Preston was rewarded for his efforts with a try, Tommy Spinks excelled whether in the second or back row and David Paterson was impressive in attack and defence on his return to the back row.

Nest week it’s the last match of the league season as we visit our closest friends and neighbours through the fence at New Anniesland – Glasgow Accies. Accies have been growing stronger as the season has gone on and will no doubt be keen to put one over the League winners.  Let’s make sure we have a big ‘travelling’ support out to cheer on the GHK team and to celebrate their achievements this season. 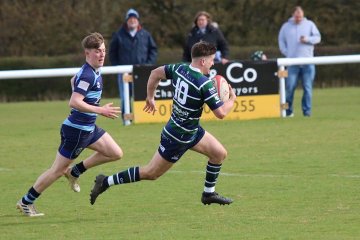 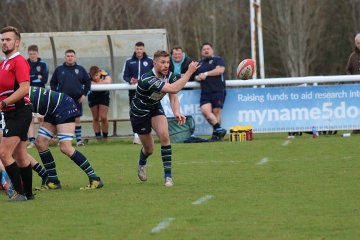 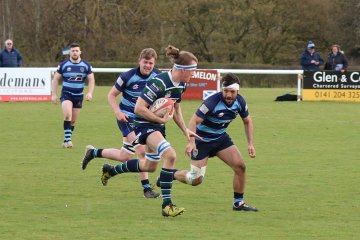